You are here: Home / News / Many Iowans hitting the road for the holiday weekend 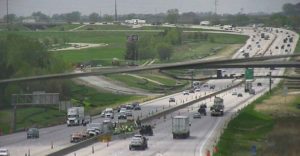 Health officials say the pandemic isn’t officially over, but Iowans are planning to take vacations in near-record numbers during the 4th of July weekend, declaring their freedom from COVID-19.

AAA Iowa spokeswoman Meredith Mitts says the projected surge in travelers has been many months in the making.

“With the COVID protocols and the vaccine rollouts, we’re seeing enhanced consumer confidence in being able to travel without contracting the virus,” Mitts says. “We now know as a nation and as individuals what to do, how to be careful, where you should be avoiding, and steps you can take to protect yourself and your family.”

A majority of Iowans will be taking road trips during the Independence Day holiday, while many others will be boarding planes for the East or West coasts. Plenty of those coast-bound fliers will be wearing hats with Mickey and Minnie Mouse ears, as the top two destinations for this weekend are Orlando, Florida, and Anaheim, California.

“Most of this list is somewhere with a short flight or a road trip,” Mitts says. “Theme parks are huge in southern California and Denver, Las Vegas and Seattle are all topping the list this year.” Other top destinations include: Chicago, New York, Atlanta, Boston and Maui, Hawaii.

“This year, most of our Top Ten destinations are actually in the continental United States, which makes sense,” Mitts says. “There are still a lot of places internationally that are not open and that’s a long flight and people aren’t quite comfortable to be leaving the United States.” The motor club predicts 47-point-7 million Americans will be vacationing between July 1st and 5th, a drop of only 2.5% from the travel record for the holiday set in 2019.