You are here: Home / Fires/Accidents/Disasters / Safety important before, during, after use of fireworks 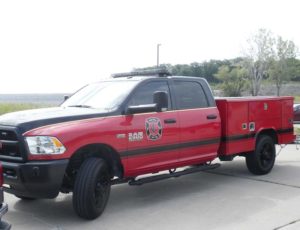 The ability to use fireworks in Iowa is controlled by local jurisdictions and varies widely — but the concern about safely handling them is the same anywhere you go.

Lieutenant Nick Hutchinson of the Johnston-Grimes Fire Department says you can avoid problems overall by taking some time before lighting things up. “Follow the directions on them, stay a safe distance back if you are going to use them, and be careful,” he says.

Hutchinson says you shouldn’t leave kids alone with sparklers or anything else. “If you are going to use fireworks, have an adult be the one who is lighting them off, not a kid,” Hutchinson says. The safety concerns continue after the fireworks are used.
“Be cautious of disposal of them. That’s probably the biggest issue that we have as a fire department. Putting hot fireworks in a garbage can — which catches the garage on fire, the house on fire — that kind of thing,” Hutchinson says.

Sparklers are considered to be safer than things that shoot off and go boom. But Hutchinson says they can be dangerous because they get very hot and stay that way after the sparkle goes away. He says they tell people to make a pile of sparklers and thrown some water on them and then it is okay to put them in the trash can.

Hutchinson says you should check with your local government to find the times when fireworks are legal to use.