You are here: Home / Health / Medicine / Study: Iowa’s seniors less likely to be socially isolated, but they’re still at risk 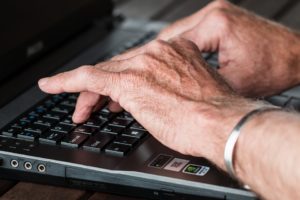 A report by the United Health Foundation says Iowa’s senior citizens are at low risk for social isolation compared to the rest of the nation.

It says Iowa’s 65-plus population has the sixth highest rate of volunteerism in the country and ranks seventh for low risk of social isolation.

Rhonda Randall, chief medical officer with United Healthcare, says the rankings are based on pre-pandemic data so some may dramatically shift next year.

“A really good example is where we were facing issues with seniors in our nation in social isolation before the pandemic and then the public health guidance was to socially distance,” Randall says. “So, we’re concerned that that may have gotten worse.”

The figures on social isolation are important, Randall says, as they point to other potential trouble spots.

The report also found Iowa’s seniors have high rates of obesity, as well as less access to geriatric health care professionals and high-speed internet as compared to other states.