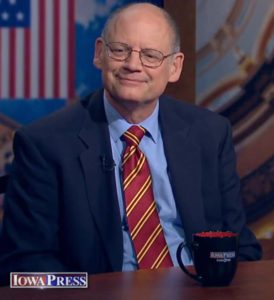 Economists from Drake and Iowa State say researchers are on unfamiliar ground as they evaluate how the economy has been affected by the pandemic. ISU economist Peter Orazem says after the recession hit in 2008, it took seven years to return to pre-recession employment rates, but this recession is nothing like that.

“This will be the strangest recession we’ve ever had,” Orazem says. “We’re expected within two years of the initiation of the recession to return to the unemployment rates that we had at the beginning and we had a very strong labor market as of February, 2020.”

Drake University economist Bill Boal says there’s no data yet to confirm why so many dropped out of the labor market when the pandemic struck and haven’t returned once businesses reopened.

“The labor market is surely the most peculiar thing we’ve seen in my lifetime,” Boal says. “…Why were there so many people sitting on the sideline all of a sudden?”

Wage expectations, particularly among blue collar workers, have gone up as pandemic closures ended. While the overall savings rate has soared, Boal says it’s primarily been among those who had jobs during the pandemic. Orazem warns if consumers start spending what they’ve saved, inflation may rise.

“What you hope is that it’s not going to all enter the marketplace at once and you’re going to get this very large surge in customer demand or consumer demand,” Orazem says.

Orazem and Boal made their comments this weekend on the “Iowa Press” program on Iowa PBS.