Ernst spent the 4th of July with Iowa National Guard soldiers deployed in Kosovo. Ernst met with Kosovo’s president and other government officials on Saturday. On Friday, Ernst met with Iowans who’re in the Army and serving in Germany and Belgium. 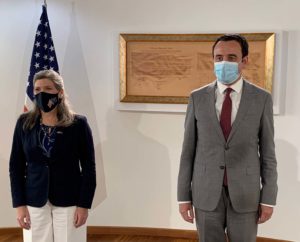 Ernst is a former Iowa National Guard commander and a member of the Senate Armed Services Committee.