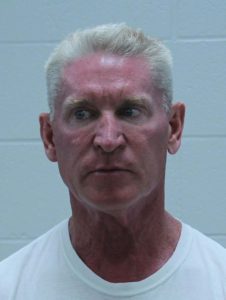 A police officer in southwestern Iowa found himself in handcuffs following his arrest Tuesday.

Schuetze was taken into custody for domestic abuse assault and strangulation with bodily injury. He was booked for the charges in the Pottawattamie County jail. He was later released by the court. Bluffs Police officials reports Detective Schuetze has been placed on paid administrative leave as a matter of standard procedure in these cases.

Additional information as to the charges and prosecution of the case will be provided by the Pottawattamie County Attorney’s Office.