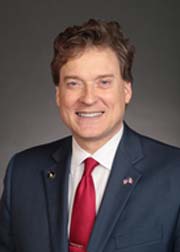 Under a new state law, kids who mow lawns, walk dogs or launch other temporary businesses don’t have to pay any business-related fees to cities or counties. Representative Jon Jacobsen of Council Bluffs calls it the Youth Entrepreneurship Act.

“Encourages problem solving, the desire to earn money is fostered, how to sell is inculcated, customer service, tenacity, creativity, leadership and networking,” Jacobson said during House debate, “all virtues in expanding free market enterprise among our youth in the state of Iowa.”

Under the new law, cities and counties cannot require permits, licenses or any fees for businesses run by Iowans under the age of 18, as long as the business operates for no more than 89 days every year. The Iowa Senate gave the proposal unanimous support.

“(It) encourages good working habits, life skills and other opportunities for youth to help their local community,” Senator Roby Smith of Davenport said during Senate debate.

The proposal got the support of 79 Iowa House members, but a dozen voted against it. Representative Mary Wolfe of Clinton said the law is unnecessary because cities and counties aren’t imposing fees or requiring kids to get licenses or permits for their temporary businesses.

“One could just say, ‘Well it doesn’t hurt anything to vote yes’…but again this is arguably yet another attempt to micromanage local control and/or to suggest our local governments are artificially restricting entrepreneurship,” Wolfe said, “which I haven’t heard a single example of where that’s happening.”

Last year the legislature passed a law that forbids local city or county policies that require kids who run food stands to get permits or licenses. In 2011, Coralville police shut down three child-operated lemonade stands as thousands of bicyclists on RAGBRAI came through town because the kids didn’t have city permits to operate.