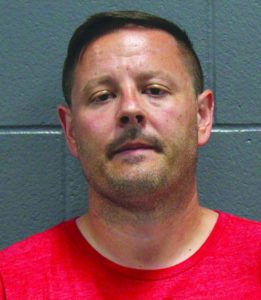 For the second time in a week, a teacher in the Marshalltown Community School District has been arrested on charges of sexual exploitation by a school employee.

Adam Edgington turned himself into Marshalltown Police on the charge yesterday. The 42-year-old English teacher at Miller Middle School is accused of starting a relationship with a 13-year-old student.

Edgington was released pending a court appearance on Monday. A statement from the school district says Edgington has been placed on administrative leave.

This is the second arrest of a district employee on the charge of sexual exploitation in recent days. Marshalltown High School instructor Mark Esquivel was arrested on June 30th on the same charge.