Investigators now say an Algona man shot and killed his two boys before taking his own life.

According to the Iowa Department of Criminal Investigation, the bodies of six-year-old Logan Phelon and three-year-old Seth Phelon were discovered inside the residence at 418 South Harlan Street just after 8 p.m. Monday.

Also discovered inside the residence was the body of their father, identified as 32-year-old Christopher Phelon. 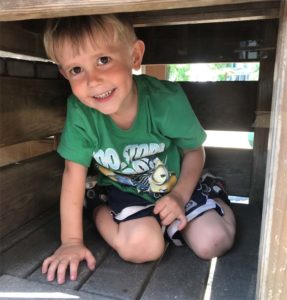 The investigation by law enforcement officials and autopsies conducted by the State Medical Examiner determined that both Logan and Seth died as the result of gunshot wounds, with the manner of death ruled a homicide. Christopher Phelon died as the result of a gunshot wound, with the manner of death considered suicide.
Algona Police notified the public via social media Monday night that an area of South Harlan Street was being blocked off as part of an active investigation.
Early Tuesday morning, it was made known that three bodies had been discovered inside a residence in the 400 Block of South Harlan, and that the public was in no danger as a result of the incident.