You are here: Home / Crime / Courts / Arrests of Marshalltown teachers, death of one, shakes school community 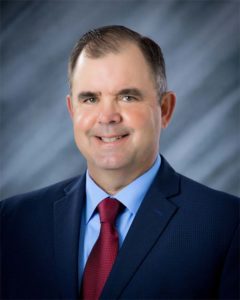 The arrest of two Marshalltown teachers in two weeks on sexual exploitation charges is enough to keep tongues wagging, but when you add the apparent suicide of one of those charged, the spotlight gets even more intense.

Marshalltown Schools Superintendent Theron Schutte says it’s the first time he’s dealt with this kind of case in his 37 years as an educator. “It’s honestly mindboggling to me,” Schutte says. “I mean, you read and hear about this stuff across the country, fairly regularly, unfortunately, but it’s one of those things where, well, ‘that’ll never happen here’ type of thing.”

He recognizes the turn of events in a matter of days has stunned many in the community, including untold numbers of students.
“In hindsight, I’m just extraordinary thankful that our kids and/or their parents feel comfortable enough to come forward when there are these types of concerns,” he says.

Schutte emphasizes that the district’s ultimate concern is the safety of its students, while also recognizing the due process of the legal system. “We’re obviously taking stock of everything that we do from the hiring processes to where that demarcation line is, in terms of professionalism,” Schutte says, “how to be mentors and supportive of our students and families without crossing the line or even giving the impression that line is being crossed.”

Schutte says crisis teams will be available at both Miller Middle School and at Marshalltown High School this week to help students, staff, and adults come to terms with the situation. Forty-two-year-old Miller Middle School English teacher Adam Edgington was charged with sexual exploitation by a school employee last Thursday.

Edgington’s body was discovered Friday near Nevada with what the Story County Sheriff’s Office says appeared to be a self-inflicted gunshot wound. Marshalltown High School instructor Mark Esquivel was arrested on June 30th on the same felony charge.