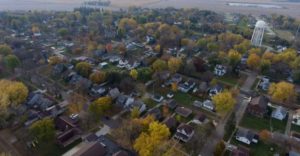 After more than a year of debate over the concept, the Sheldon City Council has voted against letting residents raise chickens within city limits.

Sheldon City Councilman Pete Hamill says he’s fielded complaints “from some people that indicated to me that we’ve already spent way more time on this than we probably ought to and we’re tired of hearing about it and think it’s something that is so complicated, we ought to take the opportunity to do away with it before we create a nightmare.”

Another city councilman who voted against the policy says Sheldon’s police force has better things to do than field complaints and chase chickens that flee their coops. The council had granted temporary permits to three households as it debated an ordinance that would let Sheldon residents keep small livestock on their property. Kristin Van Engen’s daughter has been raising chickens in Sheldon as a 4-H project.

“It was basically almost a done deal. We were just going to have to pay a fee and that was going to be the end of it and all of a sudden nope, those chickens are done completely,” Van Engen says. “And we’re like: ‘What? That’s not what we’ve been being told.'”

Van Engen says her daughter plans to show her chickens at the O’Brien County Fair, which begins July 22, but July 15 is date the city’s temporary permit for raising chickens at the family’s home in Sheldon expires. Van Engen is asking Sheldon’s city council to reconsider its vote and allow chickens and other small livestock to be raised on residential property in the community.

Some larger cities, like Cedar Rapids, allow residents to get permits to raise a limited number of hens inside city limits.