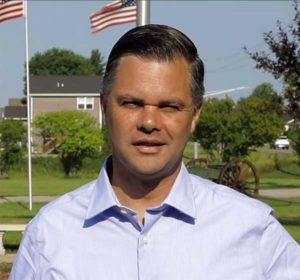 Republican State Senator Zach Nunn of Bondurant plans to run for congress and challenge the only Democrat in Iowa’s D.C. delegation.

Nunn served two terms in the Iowa House and was elected to the state senate in 2018. He’s also a member of the Iowa National Guard who was deployed this past year.

Nunn is the third Republican to announce they’re running in the current third congressional district, which is represented by Congresswoman Cindy Axne, a Democrat from West Des Moines, so a GOP primary is likely.

Republicans Mary Ann Hanusa, a former state legislator from Council Bluffs, and Nicole Hasso of Johnston, who works in the financial services industry, also plan to seek to the GOP spot to challenge Axne.

Axne has said she’s considering her options for 2022 and seeking a third term in the U.S. House is one of them.