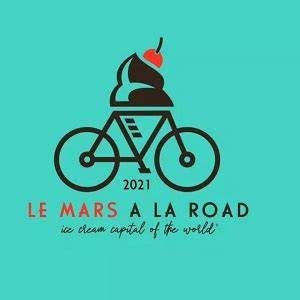 The Ride Right Association is launching an effort to promote bicycle safety in Le Mars, which will host thousands of bicycle riders for this weekend’s launch of RAGBRAI.

“We want to promote wearing your helmet, riding on the right side of the road, hand signals, and also talk about things you shouldn’t be doing, having too many beverages and riding, not wearing a helmet, things like that,” Sturgeon says. “We just came up with this idea and we pitched it to the mayor and he was all in, he just loved the concept.”

In the posters, the mayor illustrates the things a bicycle rider should not do while Dani shows the correct actions. Sturgeon says the response has been favorable, and is quickly being spread on social media platforms such as Facebook and Twitter.

“I think we had an initial run of about 30 signs and those were all taken up quickly and we’re ready to do another batch because there’s such a high demand,” he says. “Online, this thing is going viral. I think it’s being shared maybe even across the nation. It’s a really neat concept.”

Last month, the Ride Right Association held a bicycle rodeo for youth and presented each participant with a new bicycle helmet, while teaching them the hand signals. Sturgeon says the association will be visible during the kickoff of RAGBRAI.

“Just recently, we sent a letter out to a lot of the folks who will be affected by the traffic and the street closures,” he says. “On the day of the expo, on the 24th, at 2, 4 and 6, we’re going to have a brief Ride Right presentation and we’ll go over a lot of these things we’re talking about.”

Those presentations will be held Saturday at the Uptown Events Center, next to the Iowa BBQ and Hardware Hank store.