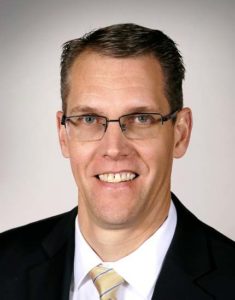 Iowa Congressman Randy Feenstra suggests the expansion of 5G cellular communication could interfere with weather radar and the ability to get a decent forecast.

Feenstra, a Republican from Hull, addressed the topic during this week’s meeting of the U.S. House Science, Space and Technology Committee, saying it’s vital to have reliable eyes on the sky. “Getting accurate weather information can save both lives and livelihoods of those in my district,” Feenstra says. “We saw several tornadoes last week in Iowa.”

He says a report from the Government Accountability Office revealed multiple agencies must improve collaborative efforts to prevent interference with the ability to predict the weather. Feenstra says global positioning system satellites, which aid navigation, could also be impacted.

“A report…suggested that we have lost the ability to rely on GPS due to an outage,” Feenstra says. “It would cost our economy about a billion dollars a day if this happens. An outage during the springtime planting season could increase losses closer to $1.5 billion a day.”

Feenstra says he’s working to find a remedy. “I am currently drafting legislation, trying to find technological solutions to weather radar blockages and ghost echoes,” he says. Feenstra says 5G expansion is important, but cannot come at the expense of accurate weather forecasting models that ag producers in his district rely on every day.