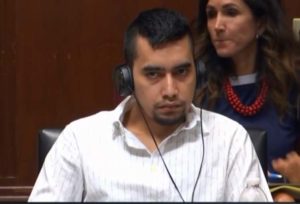 A Poweshiek County judge is deciding whether Cristhian Bahena Rivera should get a new trial on his first-degree murder conviction in the July 2018 death of Mollie Tibbetts.

Bahena Rivera and his attorneys were in Montezuma today arguing there is new evidence that clears their client. Nate Maki, who is currently doing time in Oakdale for domestic violence, says an inmate he met in the Keokuk County Jail in 2020, Gavin Jones, claimed he was the real killer of Mollie Tibbetts.

“He says ‘You know the guy that’s being charged for it right now?’ I said ‘No, I don’t.’ He’s like, ‘We set him up. It was a sex trafficking case gone wrong and I stabbed her to death.'” Under cross-examination, prosecutor Scott Brown asked Maki if he knew where Jones was at the time Tibbetts was murdered. He asked Maki if he knew Jones was in rehab and assisted living at the time Tibbetts was murdered. Maki replied, “No he didn’t tell me that.”

Division of Criminal Investigation special agent Trent Vileta was questioned by Brown about the investigation into Tibbetts’ death and Bahena Rivera leading law enforcement to her body. “And until Cristhian Rivera led you to the body, you did not know and other law enforcement did not know the location of Mollie Tibbetts, correct?” Vileta said “Yes. He had to actually point out the direction in a very large cornfield to us.”

Judge Joel Yates says he will issue a written ruling on a new trial for Bahena Rivera as soon as possible.