You are here: Home / News / Manchester mayor retiring after 47 years in job 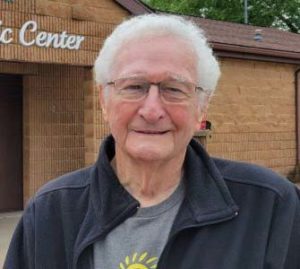 The northeast Iowa town of Manchester will have a new mayor next year for the first time since 1974.

Mayor Milt Kramer, thought to be Iowa’s longest-serving mayor, has announced he will not run for re-election this fall. “I will be turning 85 in February and I’m realistic to realize that hey, this thing can’t go on forever and forever,” he says.

Mayor Milt, as he is known throughout the community, has served the city for 52 years. He was a teacher and high school basketball coach when he was first elected to the city council in 1970 – and after serving nearly five years on the council, he was elected mayor, a position he’s held for the past 47 years.

A recent study surveyed mayors nationwide in all communities of more than 5,000 residents. “Some guy in a small town in New York has served 51 years as mayor and that same survey listed me as number-two in the United States,” Kramer says. “I don’t know how true that is, but I’ve always been considered the longest-serving mayor in the state of Iowa.”

Kramer’s term will come to an end at the end of the year. He says he’ll spend these final five months in office continuing to work with the council on the city’s goals. Kramer says he’s been hearing a lot of feedback since making his announcement Monday.

“Very, very positive. I think I caught some off guard,” he says. “I really made this decision a couple of months ago and I’m glad that I did. Somebody will come forward and continue the success of Manchester.” So far, no other residents have announced they’ll be running for mayor of Manchester.