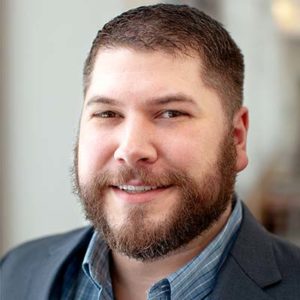 A University of Iowa student and military veteran has won the prestigious Pat Tillman Scholar Award.

Fort Dodge native Jake Schillo is working on his PHD after serving six years in the U.S. Air Force as a nuclear weapons specialist. Schillo says he hopes winning the scholarship will open doors for other veterans from Iowa.

“Iowa has a large community of veterans pursuing an education that would have incredible applications for the scholarship,” Schillo says. “I’m fortunate enough that the foundation saw something in me that they wanted to invest in and I hope that being the first scholar at Iowa helps to pave the way for future Tillman scholars within our state.”

The award is named after a former NFL player who gave up his pro football career to enlist in the U.S. Army following the Nine Eleven attacks of 2001. Tillman was killed in 2004 while serving in Afghanistan. Schillo is working on his doctorate in the field of cancer genetics and hopes to open his own cancer research facility in the future.

“I’m really focusing on creating new technologies that allow us to understand why patients relapse in cancer therapies,” he says, “so a lot of my research is just in that technology development.” Schillo is among the 2021 Class of Tillman Scholars, 60 students who were selected from a group of several thousand applicants.

Schillo says he’s on pace to graduate from the U-I in May of 2022. He graduated from Fort Dodge Senior High in 2005, and has degrees in biology and chemistry from Minot State University in North Dakota.