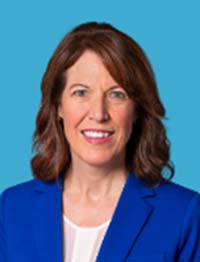 Congresswoman Cindy Axne of West Des Moines has endorsed one of the Democrats seeking the chance to run for the U.S. Senate seat Republican Chuck Grassley holds today.

Axne, the only Democrat in Iowa’s congressional delegation, has been considering whether to seek reelection in the U.S. House, run for governor or a run for the U.S. Senate.

Her endorsement of Democrat Abby Finkenauer’s U.S. Senate bid makes clear that third option is off the table. Axne and Finkenauer campaigned together in Des Moines last night.

Former Crawford County Supervisor Dave Muhlbauer and Dr. Glenn Hurst of Minden also have announced they’re seeking the Democratic Party’s 2022 nomination for the U.S. Senate. There’s a mid-march deadline for getting petition signatures filed in the secretary of state’s office in order to qualify for the June Primary ballot.

Retired Admiral Mike Franken of Sioux City told the Carroll Times Herald he’s been seeking medical care at the main military hospital in Washington, D.C. over the past few weeks and plans to launch another bid for the U.S. Senate once he gets a clean bill of health. Franken ran for the U.S. Senate in 2020, but finished second in the Democratic Primary.