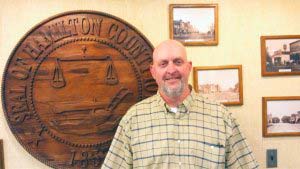 At least four Iowa counties are now calling themselves Second Amendment “sanctuaries,” but there’s also at least one county where the leaders say they will not be going that route.

Dan Campidilli, of Webster City, is chairman of the Hamilton County Board of Supervisors and says the panel reached a decision on this issue. “We don’t feel there’s any need to take action,” Campidilli says. “From our understanding, it’s largely symbolic. It’s just a gesture. There’s no teeth behind it. The Drake Constitutional Law Center says it’s not legally binding.”

In some counties, the sanctuary resolution aims to keep law enforcement from enforcing state or federal laws that may be viewed as infringing on gun rights. Hamilton County leaders say there’s no need for such measures. Campidilli says, “We don’t feel, at this time, that it would have an impact or there would be any need to put any resolution in place that basically amounts to nothing, in my opinion.”

The Hamilton County board is supportive of the Second Amendment, he says, but there’s no practical reason to declare the county a sanctuary as it’s just an attempt to scare gun owners. “We went through a similar situation when Barack Obama was elected president. I still have my guns at home,” Campidilli says. “I feel that it’s just an extension of the election.”

The four sanctuary counties in Iowa are: Cedar, Hardin, Jasper, and Madison.