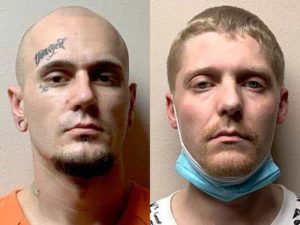 A Fort Dodge man facing a bank robbery charge in a Greene County had pleaded guilty.

Twenty-seven-year-old Zachary Michael Wailes has admitted to entering a bank in Scranton while armed with a pistol in late February. Twenty-six-year-old Tyler Mattingly of Carroll, entered a guilty plea to first-degree theft, as part of a plea deal for his role in the robbery.

Court documents show that Mattingly admitted to calling in a false report of a car accident on the other side of Greene County, to draw law enforcement away from Scranton during the robbery.

The sentencing date for both Wailes and Mattingly is still pending.