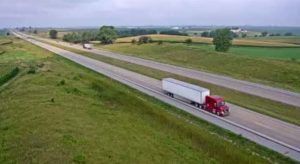 Trucking companies continue to be behind when it comes to finding enough drivers to get behind the wheel.

Iowa Motor Truck Association president, Brenda Neville, says they’d been behind before the pandemic, and it has gotten worse.

“We had people that retired early during the pandemic, and then we have so many different jobs out there now that are fighting for the same people that we are trying to get into trucks,” Neville says. “Some of our members are reporting an even greater shortage of drivers than they have seen in several years. So, I certainly think that that is a problem we are seeing across all segments of the trucking industry.”

She says the industry has done a lot of things to try and lure people in. “We’re seeing an increase in wages, we’re seeing enhanced benefits packages. Some companies are looking at the amount of time that drivers are out on the road,” according to Neville. “I think they are really trying to be very creative, they are trying to be very aggressive, and we are seeing a number of different things. I think some companies are seeing some success with that.”

Neville says there are openings from the big rigs to smaller trucks. She says one positive is you can get into the industry relatively quickly.  She says the training can be six months to one year depending on the program. “And you can be making some very good money very quickly without the debt of a two-year or four-year school,” Neville says.

Neville says you can determine how long you want to be on the road. “There’s a variety of different routes that you can take on that will meet your specific needs. Trucking companies have been very good and very creative at making those jobs much more attractive to a wide variety of people,” she says.

The governor recently signed a proclamation suspending the rules for truckers hauling fuel, as a lack of drivers has led to issues with keeping gas stations supplied.