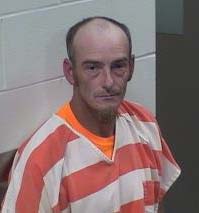 One southwest Iowa man is dead, another man is custody and two people shot in Lamoni after being mistaken for someone else are in stable condition in a Des Moines hospital.

According to the Iowa Department of Public Safety, there was an ongoing dispute between Chance Newton and Joseph Vanderflught. Vanderflught has been charged with two counts of attempted murder for shooting into a vehicle in Lamoni late Sunday night and wounding a man and a woman. Vanderflught told authorities he thought it was Newton’s vehicle. Newton died on Sunday night in Kellerton, which is about 12 miles from Lamoni.

According to a news release, Ringgold County Deputies tried to stop Newton’s vehicle after a report that he’d threatened someone with a gun, Newton took off in his vehicle and fired at a deputy’s vehicle during a high-speed chase. The release says Newton “was killed by a self-inflicted gunshot wound” while he drove through Kellerton, his vehicle left the road and struck a tree.