You are here: Home / Education / Some districts weighing options on masks as school start date approaches 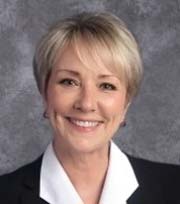 School’s already started in some Iowa communities and administrators are wrestling with demands from parents on both ends of the mask debate as the delta variant of COVID-19 surges.

Classes don’t start for a few weeks in Webster City, where superintendent Mandy Ross says she’s watching developments before making a final decision about how far to extend health and safety precautions.

“We don’t anticipate starting with masks at school simply because the governor in Iowa has determined that that’s not going to happen,” Ross says, “but we also want to make sure that we’re supportive of those staff members, those students, and anybody else who comes into our schools who decide that they choose to wear a mask. We want to make sure that it’s a safe environment to do that.”

Ross says she doesn’t want to rush into a decision and then make change after change, which she says is what happened last school year. Ross says some common-sense precautions can be enacted right away with no debate or backlash.

“Last week, we had our administrative retreat and I asked our administrators to make every effort to increase social distancing in their buildings without doing something like the hybrid model like we did at the high school,” Ross says. “We’re not looking at any of that right now, but how do we spread kids out, how do we spread staff out so that we don’t have close contact?”

Ross says she’s already hearing from parents who are expressing their opinions about the health of their children. “Our principals are equipped to really help to meet their needs,” Ross says. “What does that look like? Does your child need to wear a mask? Does your child need to have a little extra space in the classroom? What does it really look like in order to get kids back in the building, because we know that that’s the best way for them to learn.”

Classes in Webster City will start August 25th, though in some communities, like Oskaloosa, the first day of class was today .