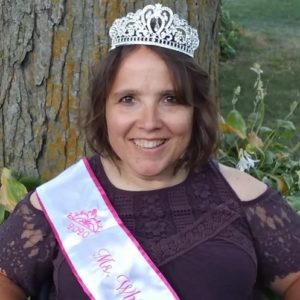 A program that focuses on the many abilities of people with disabilities is holding its national competition this week, with an Iowa woman among the 30 contestants.

Heidi Kriener is Ms. Wheelchair Iowa. She’s a teacher in the Turkey Valley Schools in both the ESL and TAG programs. Kriener says it’s a thrilling experience to be a part of this year’s Ms. Wheelchair America competition, even if it’s being held virtually.

“We go on Zoom all day from 11 until 4 and we have workshops that are very informative, I’ve learned a lot so far,” Kriener says. “And then later, we’re able to have a social hour so we get to talk with the girls and meet them and hear their stories. It’s been a phenomenal experience. I’ve learned so much!”

As this year’s Iowa titleholder, Kriener says her platform focuses on three words, “Everybody plays together.”

“What I’m hoping to go for is having more inclusive playgrounds in rural areas,” Kriener says. “We have them in bigger cities, but in rural areas, like where I live, I don’t feel we have anywhere for these kids to play. Being a teacher, I see a lot of schools that don’t have places for kids to play — on a playground.” 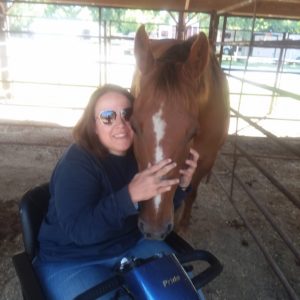 Kriener, who lives in Alpha, was born with spina bifida and has been in a wheelchair her entire life, but says she grew up in a household where she wasn’t allowed to use the word “can’t” and was able to try everything her brothers did. One of her biggest accomplishments is becoming a teacher, while in her spare time, she focuses on something you might not expect.

“My favorite activity is horseback riding. I own my own horse,” Kriener says. “I love to horseback ride and I know that’s hard for some people to comprehend. How does a person in a wheelchair get on a horse? There’s ways to do it.”

The final speeches from Kriener and the rest of the contestants will be webcast live starting at 5 PM/Central on Friday, with the crowning event at 5 PM on Saturday.