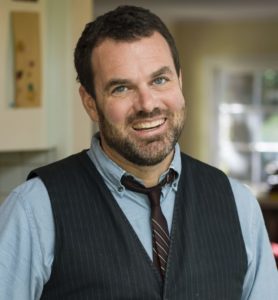 An Iowa native is the executive director of National Novel Writing Month, which had a record 500,000 people take part last year, all chasing the goal of writing 50,000 words during November.

Grant Faulkner, who grew up in Oskaloosa, says NaNoWriMo enables people to make creativity a priority for a month, in his words, “Creativity matters — for matters of the soul and for matters of personal expression.”

“So many people say they want to write a novel someday and really thinking about that word ‘someday,’ when you say ‘someday,’ it rarely happens,” Faulkner says. “There’s never that perfect time in life that gives you a gift of like, ‘Now, it’s time to write a novel,’ you’ve gotta’ make it happen. So, NaNoWriMo helps people make writing a priority.”

Faulkner says having a goal and a deadline is a “creative midwife” and he lives by the creed that constraints enhance creativity. The novel-writing effort extends far beyond November.

“A lot of people think of us as just an event but we’re also a writing community,” Faulkner says. “We have volunteers around the world, about a thousand volunteers, who organize in-person writing events including right here in Des Moines and most of those happen year-round.” 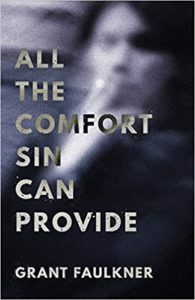 The Grinnell College graduate now lives in Berkeley, California and he was in Iowa this week to promote his latest book, “All The Comfort Sin Can Provide.” It’s a collection of short stories which he says focuses on people “misbehaving” and how that can sometimes backfire.

“It includes longer stories, 15 pages or so, and then it includes a lot of shorter pieces which are oftentimes called flash fiction,” Faulkner says. “I also run a literary journal ‘100 Word Story’ and every story has to be exactly 100 words, so I have some 100-word stories in it as well.”

As a boy, Faulkner says he spent his allowance on all sorts of pens and paper, so there was never much question he’d become a writer.

“I oftentimes joke that William Faulkner is my granddaddy, but he’s not,” Faulkner says. “I think if I’m related to him, it has to be very, very, very remotely. His name is spelled Faulkner like mine, but he added the ‘u’ as I think it was his grandfather was an author and he was trying to differentiate himself.”