You are here: Home / News / Tesla pulls out of Iowa State Fair show 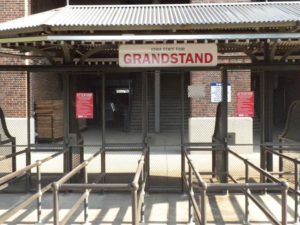 Classic rock fans who are headed for the Iowa State Fair grandstand next week will be disappointed or excited, depending on their preferences.

The band Styx will still be the featured act the night of August 18th at the fair, but the opening act will no longer be Tesla. A statement on the Tesla website says they’re postponing their next few engagements due to members of the touring party contracting COVID-19.