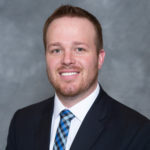 Some two-dozen members of Congress are asking the Biden Administration to reimburse dairy producers for losses stemming from the COVID-19 pandemic.

Iowa State Dairy Association Executive Director Mitch Schulte says that aid is critically needed as dairy producers were just starting to climb out of several years of economic losses prior to the pandemic.

“We’re really trying to help these farmers that, due to COVID, suffered severe losses out on their farms and they need this income to help them maintain their operation and keep moving forward,” Schulte says. “I see this as a benefit to our farmers.”

Schulte says nearly $725-million in skim milk revenue was lost due to the pandemic. “That’s a very large hit as we’ve seen some of our other markets do well,” Schulte says. “Cheese and butter are having fantastic sales. Fluid milk is extremely important to our industry and as we look at the amount of revenue that’s been lost due to closures of businesses and closures of restaurants, that continues to add up.”

Most large dairies have been able to weather the pandemic, but Schulte says the rest are in need of federal aid if they’re going to be around to see 2022.

“Their margins are quite a bit tighter and their business is run a little bit different and they’re not marketing quite as much milk,” Schulte says. “It definitely plays a role when you’re looking at those small and mid-sized guys. When a pandemic or something happens to shift that marketplace, it does play a dramatic role in the amount of revenue they’re bringing in.”

The USDA had estimated the drop in milk prices would cost the dairy industry $2.8 billion.