You are here: Home / Crime / Courts / Creston man accused of killing brother who had been missing 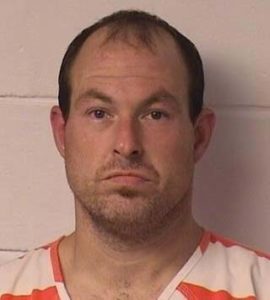 A Creston man has been charged with first-degree murder in the death of his brother who went missing in June and was later found dead.

Arrest information filed with the court says 43-year old Dustin Seley  of Creston was the last person seen with 58-year-old Timothy Fechter on June 20th. Fechter was reported missing the next day and a search of his Creston home turned up clothes that a witness said Seley was wearing when the two left together.

The clothes had been cleaned by hand and there appeared to be a bloodstain on them. A sister of the two men told investigators that Seley admitted to getting into a fight with Fechter — and told her he took Fechter’s phone and left him on a rural road — knowing his brother had health issues.

The state medical examiner found that Fechter died from a single gunshot wound and also had suffered blows to the head.