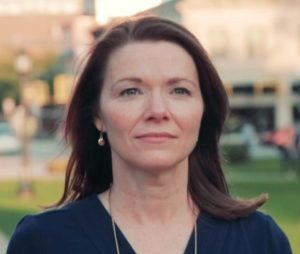 State Representative Christina Bohannan, a University of Iowa law professor, has launched her campaign for one of Iowa’s seats in the U.S. House today.

Bohannan, a Democrat, is from Iowa City — currently in the second congressional district and represented by Republican Mariannette Miller-Meeks of Ottumwa, who won by a six-vote margin last year.

“A legislator represents everyone in their district, not just the people in their own party,” Bohannan told Radio Iowa this morning. “and I am very excited to get out and meet all the people and listen their stories and their experiences throughout the district, so that I can give them the very best representation for the people.”

There’s a possibility when new district lines are redrawn for the 2022 election that Iowa City and Ottumwa won’t be in the same district. Bohannan said new district maps will be a consideration later on.

“But right now, I’m just eager to get started and I’m excited,” Bohannan said. “I’ve talked to lots of people throughout the district and I’m getting a lot of support. I think this is going to be a great campaign.”

Bohannan, who is 50, defeated an incumbent Democrat in a primary last year and was elected to the Iowa House last November. Bohannan said she’s running for the U.S. House because too often she sees families struggling.

“I grew up in a very small rural town in a trailer park. My dad and mom never finished high school and my dad was a construction worker…Unfortunately, he got sick…His health insurance got cancelled and so when that happened, it was devastating,” Bohannan said. “…In America, if people work hard, they should get a fair shot and they should not have everything taking away from them just because of one bad break like getting sick or getting Covid.”

Bohannan said the “bickering” between the two parties has to stop if big issues are going to get resolved.

“All that noise and confusion and extreme party politics is really hurting the country,” Bohannan said.