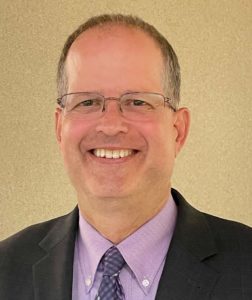 A lawsuit has been filed against the governor for ending the extra federal unemployment payments early.

Attorney Jeff Carter represents four people who are suing and says Iowa’s unemployment law prevented the governor from taking the action. “The whole purpose of the statute is to help people who are unable to help themselves. And then when you combine that with the fact that the language is shall — which is a mandate — that the state of Iowa is to do everything it can to the fullest extent to put that goal into practicality,” Carter says.

The benefits were to extend into September, but the governor ended them in June, saying Iowans were not seeking work because unemployment paid them more than what they would make at their jobs. “What has happened in fact the opposite of what she promised would happen,” according to Carter,” “Iowa’s unemployment rate has gone up. Only the benefits to these people who can’t find work have gone down. And it’s not in a vacuum, it’s not just in Iowa where that happened.”

The unemployment rate has inched up slightly — but Iowa Workforce Development says the number of people seeking work has also increased. “They can say that, but the fact is that only 67 percent of the jobs that were lost due to the pandemic have come back. So that means a third of those jobs haven’t come back. So you have all of these people looking for work — while the jobs have decreased by a third. And that’s as of now,” Carter says.

Carter is seeking class-action status for the lawsuit as he believes there could be as many as 50-thousand Iowans who were impacted. “Some of them are looking for homes now because remember at the same time the moratoriums ended, and there are all of these people getting tossed out of their homes…some people have left the state to find work. We have talked to a couple of people like that,” Carter says.  “There are people who are worried about putting food on the table for their children. It’s a big deal, these people are getting significantly harmed. These are not people living on the top end.”

The governor’s spokesperson Pat Garrett issued this statement in response to the lawsuit:
“The governor believes that we cannot continue to pay able-bodied people to stay home. Since the decision was made and announced in May, we have seen a 175 percent increase in people seeking employment at IowaWORKs offices and Iowa’s labor force participation rate has continued to rise. This was not only the right decision, but also in accordance with the law and this lawsuit has no merit.”