You are here: Home / News / On 2024 prospects, Rubio says he doesn’t know what the future holds 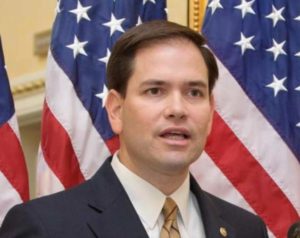 As for whether he’ll run for president again, Rubio says he doesn’t know what the future holds.

“I imagine in 2024 I, like others, will have to view what the opportunities are and I’ve run for president before, so clearly it’s something that’s interested me, but it’s certainly not something that right now I’m either planning or not planning,” Rubio said during an interview with Radio Iowa. “I don’t know what my life, the world, the country or politics will look like in two years.”

Rubio said his focus right now is on winning reelection to his U.S. Senate seat in 2022. Rubio, a member of the Senate Foreign Relations Committee, said there should be “some accountability” in the Biden Administration for its handling of withdrawal from Afghanistan.

“It didn’t have to be this way,” Rubio said. “…Afghanistan now presents a vast, ungoverned space for not just al-Qaida to now return, but even elements like ISIS khorasan to come in and create a place where they can begin to recruit and plot against America and our allies.”

Earlier this month, President Biden said America has developed “over the horizon” capacity to deal with terrorist networks. Rubio, who is also the top Republican on the Senate Select Committee on Intelligence, sent Biden a letter last week, asking for details on how the U.S. will rebuild its counter terrorism activities “in Afghanistan and tribal regions of Pakistan.”

Rubio said the closest state department consulate to assist Americans and our allies still trying to get out of Afghanistan is nearly 2400 miles away in Doha.

“At this point, unfortunately, we’re in the ‘beggars can’t be choosers’ situation. I mean we have to figure out which countries in the region are willing to assist us not just in housing refugees, but in the ability to process paperwork and so forth,” Rubio said. “…I would hope that more places would step forward and provide us the capability to do that, but all of this should have been done a long time ago. I mean, it really was just poorly planned.”

Rubio was the keynote speaker at a Story County GOP breakfast fundraiser this morning, and then he visited a business in Ankeny to discuss supply chain issues. A spokeswoman for the Democratic National Committee says Rubio is in Iowa “teasing another presidential run” rather than addressing the spike in Covid hospitalizations in his home state of Florida.