You are here: Home / Crime / Courts / Prosecutor talks after life sentence given in Mollie Tibbetts murder 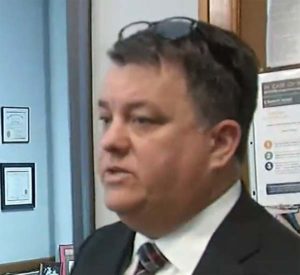 Assistant Attorney General Scott Brown, who prosecuted the Cristhian Bahena Rivera case, spoke with the media after the judge sentenced Rivera to life in prison for killing Mollie Tibbetts in 2018.

“We actually have lots of cases like this. This one obviously was a little bit more high profile than some others, but it doesn’t make the other cases that we have that aren’t as high profile any less important.” Brown met with Mollie Tibbetts’ family after Monday’s sentencing. He was asked how the family is doing.

“They’re just a great bunch of people. Which is also usual in cases like this,” Brown says. “You catch people at their very worst moments in their life. You hope to bring some justice to that through what we do. It’s always a relief to them, and I think a little bit of satisfaction, I would probably include that, when we get it to this point.”

The judge told Rivera he has 30 days to file an appeal and one of his attorneys said they will be filing one.