You are here: Home / News / Labor union spokesman optimistic on this Labor Day 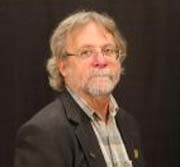 Labor Day union events and parades in most major cities in Iowa were canceled due to concerns about the spread of COVID-19.

Iowa Federation of Labor spokesman, Lance Coles, says there was a lot of discussion before the final decision. “It wasn’t an easy decision,” Coles says. “Each of the cities have their own central bodies or affiliates and they met together. Up until about a few weeks ago, they were still planning on having it — but with the increase in Delta COVID — they had a lot of discussions, and it wasn’t an easy decision, there were a lot of people who still wanted to have the events.”

He says they also decided to expand the recognition by designating September as Union Appreciation Month. “We decided why just take one day out of September and celebrate labor — let’s celebrate it the whole month,” Coles explains. Coles is a postal worker who has been a union member for more than 40 years.

He was asked about where things stand in 2021. “I see it getting better. Our memberships are improving. People are wanting to join unions — especially the younger generation that wasn’t too savvy on what a union was or what it could do for them,” Coles says. He says the pandemic has also made many people think about what jobs pay and consider if joining a union is a better option for their employment future.

Some are critical of unions for getting too political, and the perception for some is they lean more toward Democrats. “In reality, about a third of our membership are registered Republicans. And another third are independents — kind of like the state of Iowa — it’s divided pretty well a third of the way across,” he says. “We don’t just say this is the candidate we want because they are the Democratic party.” He says they review all the qualifications of candidates.

Coles says the parade will be missed because they are a way to get out and meet people and show they pride that union workers have. Union events in Iowa City; Mason City, Des Moines; Cedar Rapids; Council Bluffs; FortDodge; Sioux City; Waterloo; Quad Cities; Clinton; Marshalltown have all been canceled. Dubuque Is still planning to have a Labor Day Parade, but has canceled its picnic.