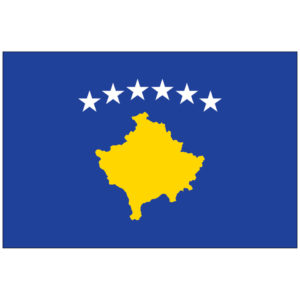 A delegation of 60 Iowans will be traveling to our sister nation of Kosovo in southeastern Europe later this month.

Among those chosen for the trip is Joe Nelson, the superintendent of the Clarion Goldfield Dows Community School District or CGD in Wright County.

Nelson says, “Our goal with the country of Kosovo is to start that international partnership and international learning so that we get some students from Kosovo to come over and embrace everything that we love about CGD.”

Agriculture is an important industry both in Iowa and Kosovo and Nelson says the students in his district will be great ambassadors for Iowa.

“One in six kids in our high school are involved in FFA and the roots of ag run deep in Clarion, 4H started here,” Nelson says. “We’ve had some highly successful kids who have graduated from here and gone on to great careers in ag, so why not open that up to the world.”

The city administrator of Fort Dodge and the mayors of several Iowa cities will also be a part of the delegation.

“General Orr from the National Guard is leading the delegation,” Nelson says. “We’ll be going over to the country of Kosovo for about a week. The clay is still wet on this project but what an exciting project to be a part of and what a cool partnership opportunity for our students.”

The trip is scheduled for September 23rd through October 2nd. Iowa has had a sister state relationship with Kosovo since 2013 when then-Iowa Governor Terry Branstad signed an agreement with that country’s president.