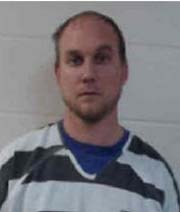 Thirty-six-year-old Aaron Koester — now living in Indianapolis, Indiana — was taken into custody on September 3 and extradited to Monroe County. Court records say a 12-year-old informed authorities of multiple instances of illicit behavior between Koester and the child. The offenses allegedly occurred at Koester’s residence with the most recent incident happening this past May or June.

Koester worked for three years at the Albia Community School District before resigning in May. Albia police say the charges Koester faces are not the result of interactions he had as a coach.