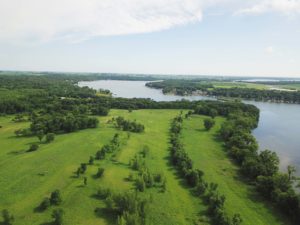 The Iowa Natural Heritage Foundation has raised more than eight million dollars to purchase about 2,000 feet of shoreline on East Lake Okoboji.

Joe Jayjack, the foundation’s communications director, says more than 400 donors stepped up so the natural beauty of the lakeshore can be preserved.

“It is such a special place that we felt like we had to go for it,” Jayjack says. “We had an $8.2 million goal and the reality is about 90% of that was raised just in the last couple of months and it’s been an amazing effort by folks up at the lakes, showing how much they care about this.”

The property, which covers 50 acres, is next to a state park. It’s the last undeveloped and privately owned tract of shoreline on East Okoboji. The sale should close sometime in December and Jayjack says the Natural Heritage Foundation has begun planning for work at the site.

“How we’re going to allow access and public use of it, along with some of the restoration plans that we’ll be doing there, too,” Jayjack says, “just restoring some of the native prairie, oak savanna, and the natural shoreline there.”

The $8.2 million project is the Iowa Natural Heritage Foundation’s largest-ever fundraiser. The organization had a September 7th deadline to raise the money after making an offer on the property a year ago.