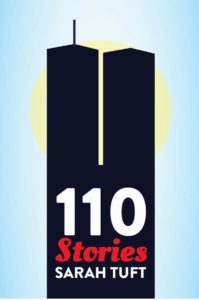 A north-central Iowa theater will present what’s being called a docu-play focused on the terrorist attacks on the twin towers of the World Trade Center in New York City.

Loween Getter is the director of “110 Stories” for the Webster City Community Theater. “There’s a playwright by the name of Sarah Tuft who took her bike down to Ground Zero and interviewed eyewitnesses and interviewed rescue workers,” Getter says. “She compiled all of their statements into the script.”

It’s a moving story, Getter says, and one that’s important for Iowans to hear and remember. “The script is written really with lots and lots of paragraphs and monologues of 27 different characters,” she says. “We have 17 actors who are going to be portraying those 27 characters.”

The production will be staged at the Webster City Community Theater on Friday and Saturday at 7 p.m. and on Sunday at 2 p.m. Proceeds from the performances will benefit emergency rescue workers of Hamilton County.