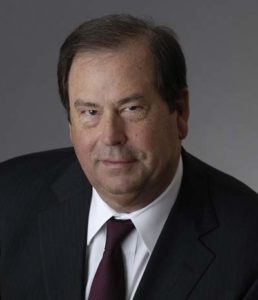 A Des Moines businessman and philanthropist who has been chairman of the Des Moines-based World Food Prize Foundation has died at the age of 78 after a long illness.

The 36-story Ruan Center is a familiar landmark in downtown Des Moines. The president and CEO of Bankers Trust described John Ruan III as a forward-thinking leader who did not seek the limelight, but who had a significant impact on central Iowa.