You are here: Home / News / Entreprenuer known as Cactus Jack returning to Atlantic for show 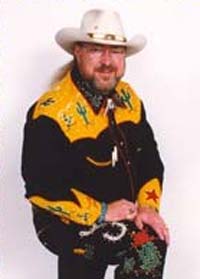 A northwest Iowa native who’s won international renown as an entrepreneur, inventor, and marketer will be in his hometown of Atlantic this weekend to share stories of his adventures.

Jack Barringer, better known as “Cactus Jack,” has invented all sorts of products that are sold on QVC and that are featured on shows like “Shark Tank.” Barringer says, “When I develop a product or invent it, I ask myself two questions: Does is solve a problem or does it fill a need? If it answers those two questions, then I’ll work on the development of it.”

He first won fame for what’s known as the Monster Arm Wrestling Machine, which he invented. “I’ve got 12 patents right now and have brought probably 60 to 80 other products to market over the years,” he says. During the weekend event, Barringer plans to talk about his experiences, which includes working with various celebrities all over the world.

“I had the opportunity to meet and work with Charlton Heston, Dick Clark, Tim and Harvey Conway, Joan Rivers,” he says. “I’ve got a great Joan Rivers story that I’ll be telling that I know everybody will love.” Barringer is appearing at 2 p.m. Sunday as part of a free event to showcase the American Legion Memorial Building (formerly known as The Armory) in Atlantic.