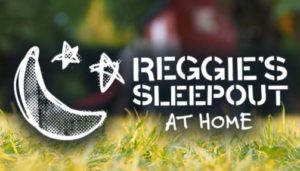 An event that was launched after the death of a homeless teenager in Des Moines two decades ago is going statewide this year.

Iowans are encouraged to spend a night sleeping in their own backyards in a tent or cardboard enclosure that’s out of their “comfort zone.”

Kate Garvey, with Hamilton County Youth and Shelter Services, says Reggie’s Sleepout was launched in 2006.
“It is a fundraising event to really raise awareness of youth homelessness and at-risk youth in Iowa,” Garvey says. “A lot of people don’t see this as being a problem because they are not out on the street necessarily. They are staying with friends, sleeping in cars, couch surfing.”

More than $76,000 has been raised so far toward a goal of $300,000. The event is named after Reggie Kelsey, who died 20 years ago in Des Moines after becoming homeless. “He was a youth that aged out of the foster care system in 2001,” Garvey says. “Unfortunately, back then, there was no after-care program, and these children that aged out of the foster care program at that time were literally left to fend for themselves.”

Kelsey’s body was found in the Des Moines River three months after he aged out of the system. Reggie’s Sleepout runs this Friday through October 3rd.