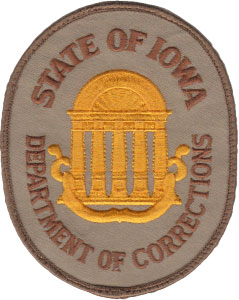 The Iowa Department of Corrections is pulling out all the stops to try and find more corrections officers and other employees.

The DOC is also using social media to look for employees. The state allocated more money to the department following the deaths of a nurse and corrections officer at the Anamosa prison. Skinner says they are touting the benefits available. “Starting salaries average right around 40,000 per year with opportunities for yearly increases. You also have the opportunity to receive what I believe is some of the best training in the country,” she says.

Skinner says one of the new jobs will be someone who will be a full-time recruiting — and work on keeping staff. “Because you can recruit all day — but you also have to retain current staff. We have to make sure we are taking care of our current staff as well,” according to Skinner.

Skinner says the job of a corrections officer has evolved and they want to let potential employees about its importance. “Working at corrections provides individuals a chance to become a public servant. And it’s a highly rewarding job. You are ensuring that there’s fewer victims in our state, and you are creating safer communities. So, there’s also that piece too — that you are giving back to your communities as well,” Skinner says.

There is a full external review underway of the state’s nine prisons, and Skinner says that could have an impact on the positions available in the system. “We are waiting to see in the next couple of months when we get that report from them what other gaps we may have to make those investments with the additional general funds we received this year,” she says. “So we are being very thoughtful and strategic and very methodical. We know where the needs are right now in terms of institutions that need staff — but also there is more to come.”

The Iowa Legislature increased the funding for prisons by $20 million in the last legislative session.