You are here: Home / Health / Medicine / Medical director for State of Iowa leaving in late October 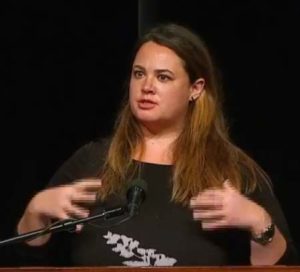 Dr. Caitlin Pedati was the medical epidemiologist in Nebraska before she was hired in June of 2018 as state medical director and epidemiologist for the State of Iowa. According to a news release from the Iowa Department of Public Health, Pedati “plans to pursue new career opportunities.”

Governor Reynolds, in a written statement, thanked Pedati for her “outstanding service” throughout the pandemic. Reynolds gave Pedati a significant pay boost last year, for an annual salary of $265,000.

Kelly Garcia, the interim director of the Iowa Department of Public Health, said the work of the last 18 months “has been difficult at best” and Pedati’s “personal sacrifice is to be commended.”