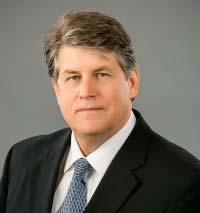 Many attorneys in the state say they are getting contacted by people seeking to take legal action in cases involving mask mandates, vaccines, and other pandemic-related issues.

Attorney Richard Moeller of Sioux City says he has received many calls. “In fact, I probably get on average three, four calls a day from people in different situations — whether they are working for a government employer, otherwise, a private employer is mandating a vaccination, or in the alternative, they can use a mask or be tested,” Moeller says.

Moeller gets calls because he represents clients in vaccine injury cases in the U.S. Court of Federal Claims. “It is designed for those rare situations where someone receives a certain vaccination — it has to be a covered vaccination — meaning it’s one of the vaccines the program covers so to speak. The flu vaccine is a very common one, sometimes the D-taps, the childhood MMR and those kinds of things,” he says.

“The inquiries that I have received are ‘what can I do if my employer has or is going to implement some kind of mandate having to do with the vaccine or the alternative for testing.’ I just don’t do those kinds of cases. There are a few lawyers I think in different locations who will help a client….to at least look into whether there is an alternative to a mandate for a vaccine,” according to Moeller.

Moeller says the current law appears to make it tough to sue vaccine manufacturers. “My understanding of the federal law that kind of paved the way for those vaccines is that they will not allow a lawsuit,” Moeller says, “in other words, the pharmaceutical companies and distributors of the vaccines are immune from lawsuits.” A

list of attorneys in all 50 states who have expressed a willingness to accept vaccine injury cases is on the U.S. Courts website.