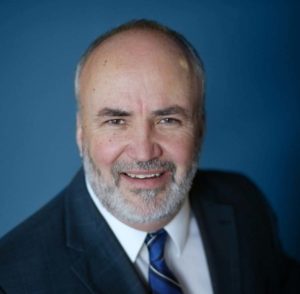 Republican Chuck Grassley announced at 4 a.m. today on Twitter that he will seek an 8th term in the U.S. Senate. Grassley posted a short video a few hours later, after sunrise.

“Hey there,” Grassley said. “I’m running for reelection. It’s the right thing to do for Iowa.”

Grassley has said he’s been discussing the 2022 race with his family and would announce his decision by November 1, so the revelation is weeks ahead of that deadline. House Speaker Pat Grassley, the senator’s grandson, was asked this morning if anyone in the family told the 88-year-old senator it was time to retire.

“We know that’s where his passion lies and that’s his representation in D.C. for Iowa,” Pat Grassley said. “It’s so important that I think it was a unanimous decision by the family to get behind and support him.”

Speaker Grassley dismisses the speculation that he was poised to run for the U.S. Senate seat his grandfather has held since 1981.

“I have been confident he was going to run for reelection the entire time,” the speaker said. “People would be stunned. Pat and Chuck Grassley spend a lot of our conversations arguing at gas mileage and the crops as much as we do if not more so than we do on anyone’s political future or any piece of legislation.”

The younger Grassley made his comments during taping of “Iowa Press” which airs tonight on Iowa PBS.

Grassley may face a GOP primary challenge next June from Jim Carlin, a state senator from Sioux City. Carlin said running against a well-known politician like Grassley isn’t easy.

“The same people who’ve watched him serve for 40 years have come to the conclusion that 40 years is enough. They’re ready for a change and they have concerns about Senator Grassley’s age that I think should be considered,” Carlin said during an interview this morning. “Without being nasty, I think it’s a real issue.”

Carlin said Grassley’s vote in favor of the bipartisan infrastructure bill that cleared the Senate a few weeks ago has upset some Republicans. Carlin called Grassley a “Mitch McConnell moderate,” while Carlin describes” himself as a “pro-Trump conservative.”

“I like how this race is going to shape up,” Carlin said, “…a strong contrast in political ideology between an authentic conservative and a moderate like Chuck Grassley.”

Tana Goertz, a senior advisor to Trump’s 2016 and 2020 presidential campaigns, will headline a fundraiser for Carlin in central Iowa tomorrow.

Three Democrats have announced campaigns for the U.S. Senate. Former Congresswoman Abby Finkenauer of Cedar Rapids says after 47 years in Washington, Grassley has changed from an Iowa farmer to just another coastal elite. Dave Muhlbauer (MULL-bow-er), a farmer from Manilla who announced his candidacy this spring, is a former Crawford County Supervisor. Glenn Hurst, the third Democrat to say he plans to run for the U.S. Senate, is a member of Minden’s City Council and a physician.