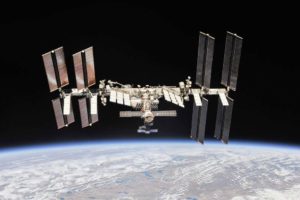 Elementary and middle school students across Iowa will be tuning in to NASA-TV during “watch parties” this morning to see if astronauts aboard the International Space Station answer their questions.

Sara Nelson, an assistant director at the Iowa Space Grant Consortium, says it’s a very special event for young Iowans who took part in Astro Camps this past summer.  “The youth prepared their questions, recorded them and they were sent to NASA,” Nelson says, “and NASA’s TV production company puts them together and then that video is played for the astronauts and they answer live on NASA-TV the questions that the students submitted.”

ISS astronauts Shane Kimbrough and Megan McArthur will answer the series of questions from the Iowa students, though the kids don’t know which ones are going to air.  “It is a surprise for the students. We had about 30 students submit questions and they were mentored by adults to hopefully get a good question out there,” Nelson says. “We had one question that stumped them which was really interesting and they had to get a Nobel laureate to answer it.”

That student’s question involved how to measure and quantify unseen objects in space, a far better query, Nelson laughs, than the typical questions about the use of space toilets. America’s space program is going through an exciting transition in this post-shuttle era and Nelson says the enthusiasm is contagious.

“There’s actually been a renewed interest in our Artemis program, the return to the Moon, and then thinking about going to Mars, and of course, some of the recent launches with more civilian-type astronauts being launched,” Nelson says. “We’ve actually had quite a few requests for information and ‘What kind of lessons can I do in my classrooms?’ from teachers.” The Earth-to-space call will air live starting around 11 a.m. Central. Anyone can watch for free via NASA-TV, the NASA app or the NASA channel on YouTube.

There is an Iowan in the astronaut corps. Raja Chari is a Cedar Falls native who will command a mission to the ISS that’s scheduled for launch late next month.