You are here: Home / News / Democrats say if GOP uses state surplus for tax cuts, relief should be targeted 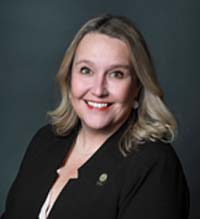 The top Democrat in the Iowa House says the State of Iowa wouldn’t have had a more than $1 billion surplus at the end of the last fiscal year in June, if it weren’t for federal pandemic relief.

House Minority Leader Jennifer Konfrst is among the Democrats citing Biden’s signature on bills that did things like increase the federal child tax credit and extend Medicaid coverage to at least 75,000 more low-income Iowans.

“Iowa’s economy is strong, in many ways, because of the work that President Biden has done to help Americans get out of the pandemic and help Iowa’s economy recover,” Konfrst says.

Republican Governor Kim Reynolds has said with a budget surplus of more than $1.24 billion, lawmakers should cut income taxes — with the long-term goal of completely eliminating the state income tax. Konfrst says Democrats will lobby for targeted tax relief.

“Certainly if there are tax cuts, they need to be going to working families,” she says. “We need to make sure that tax cuts aren’t, again, going to wealthy families or to corporations or special interests and I also need to acknowledge the fact that our schools have been underfunded for a long time. Iowa’s mental health system needs more funding and health care and prescription drug costs still hurt Iowa family budgets, so whatever we can do to alleviate that I think is a really good use of that money.”

And Konfrst says some state agency budgets have been trimmed too far. “It takes a long time to get services from state agencies because they’ve been cut so much,” she says.

As an example, Konfrst cites the Department of Human Services which does things like manage food stamps and Medicaid and investigate allegations of child abuse.

“This is not a criticism of the department. This is just that they’re understaffed and underworked,” Konfrst says. “We’ve seen this with Iowa Workforce Development. We’ve had people with unemployment challenges that they’ve not been able to get a call back. I had a constituent who didn’t receive his unemployment check during the pandemic for three months and that was not because somebody wasn’t doing their job, it’s just because there aren’t enough people to do the job.”

Konfrst made her comments during taping of the “Iowa Press” program which airs tonight on Iowa PBS.