You are here: Home / Outdoors / Duck season opens with good outlook for hunters 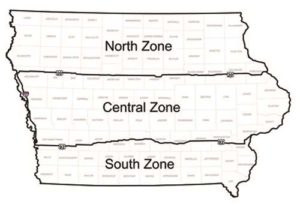 Duck hunting season opens Saturday in the northernmost zone of the state.

State waterfowl biologist Orrin Jones, says conditions are setting up for a good opener. “Fall migrations are just beginning to kick off — so we think that’s favorable. Wetland conditions across the state are variable, so we really encourage hunters to go out and do some scouting before they head out into the field,” Jones says.

The dry conditions have dropped water levels in many areas of the state and Jones says that can be good or bad for hunters.
“It’s kind of difficult to predict. In some cases, shallow water can be beneficial, because that increases the amount of food available to ducks. But that can also make access to hunters more difficult for hunters. For different types of ducks in different situations, more water is better,” he says.

Jones says the first days of duck hunting can often be the best time to get your limit. “There is an opening day effect, where the ducks are more naive and more widespread and there’s also more hunters in the field on opening day. So, often success rates are pretty high on opening day,” according to Jones.

Jones says veteran hunters will be watching the weather reports throughout the season to see if another wave of birds might be coming into the state. “Oftentimes migration is spurred by severe weather to the north. And so, depending on how those weather fronts set up sometimes we often we do get pushes of new birds that are similar to the opening day where those birds are maybe a little more naive or more abundant suddenly,” Jones explains. ”

And those changes can happen overnight. And most waterfowl hunters pay close attention to that — and that can really result in a lot of great memories in the field when you have a day when you are experiencing that.”

Jones says hunters take an average of 12 birds through the season. “Our number one harvest species is often Canada Goose — but in terms of ducks, mallards, wood ducks and blue-winged teal are our top three,” Jones says. Jones says there were some significant changes to the hunting zones so you will want to familiarize yourself with the new boundaries and then confirm the season dates for their hunting location. All the information is online at: www.iowadnr.gov/waterfowl.