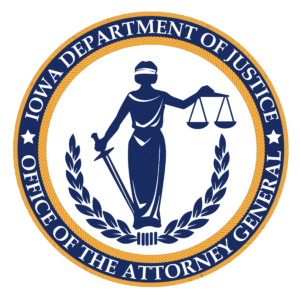 The state’s Crime Victim Assistance Division is receiving nearly $13 million from the U.S. Justice Department — but the director of the division says that’s not enough to keep up with the need. Director Sandi Murphy says the money is used to help support victims of crimes.

“Like funeral benefits, medical bill coverage, therapy, that sort of thing,” she says. “And then the largest portion of it sponsors our grant program which goes out to help provide funding for victim service agencies across the state. And those are domestic abuse centers, sexual assault centers, shelters.”

The federal funding comes from the Victims of Crime Act or VOCA which puts federal criminal fines, penalties, and bond forfeitures into a fund paid out to the state. Murphy says their amount of funding has dropped as more federal cases aren’t followed through or fines paid. “This amount this year is at least an eight percent reduction to what we received last year — which was also lower than the year before,” she says.

Federal legislation was passed to make up some of the funding that has been lost from VOCA. “The problem is that the VOCA fix is going to take some time to build that fund back up and we are looking at still a 20 percent decrease next year — which frankly will be fatal to some of our programs,” according to Murphy. “So, we are doing what we can to identify funds to fill in.”

Murphy says the pandemic saw a drop in crime — but the numbers may not tell the whole story. “Our thoughts are that people weren’t reporting crimes, people weren’t accessing services to learn about the compensation program and what it can do. Cases weren’t being brought forward because the courts were essentially closed,” she says.

“We’re worried, we are still very worried about the sense of what’s going to happen in the next couple of years, until that VOCA fund increases again,” according to Murphy. “The VOCA dollars themselves even when they are fully flush don’t cover the needs that are out there.”

She says the local providers have been able to hang on. “Our programs do miracles sometimes — and many of them will do what they can and what they have to to continue to survive and be present in their communities,” Murphy says. Murphy says they will continue working to find other dollars to help those programs remain viable.