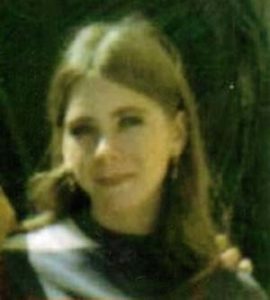 Cedar Rapids police say their cold case unit has closed the unsolved murder of a 17-year-old 50 years ago.

Maureen Brubaker-Farley disappeared on September 20th of 1971 and her body was found four days later on the trunk of an abandoned car in a wooded ravine on the southwest side of Cedar Rapids.

Police investigator, Matt Denlinger, says they have determined that George M. Smith is the man who killed Brubaker-Farley. “He was pretty high on their radar back in 1971 along with a few other people. He was a suspect identified early on in the investigation — but there hadn’t been any definitive evidence to really attach him to this crime until 2005 when the DNA was developed from some of the evidence in the case,” Denlinger says.

Smith died in 2013 — but Denlinger says they were eventually able to get DNA from a relative of Smith in 2021 — and had it checked against DNA recovered at the crime scene. Denlinger says that match determined that the DNA matched the DNA of Smith.

Denlinger says he had mixed emotions knowing the case was solved — but the man responsible was dead. “It was a little bittersweet — but in the end, our focus is to bring resolution to these cases — and answers to the families,” according to Denlinger. “As long as we keep focused on that, we just keep pushing forward on these cases,” Denlinger says.

Denlinger says this gives the family an answer to the question of who committed the murder. 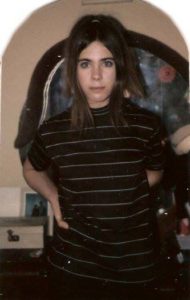 “In my experience, that answer is really important to the families. It was in this case. Their reaction and their appreciation to the CRPD and the generation of investigators who worked on this case, they were extremely appreciative,” he says. “And so, I am rewarded in that I did get to tell them and see how much that meant to them.”

Maureen’s mother Mary Brubaker is 86 and lives in Sioux City. Her father David died in 2002, and she has four surviving siblings and one who has died.

The murder happened before Denlinger was born, and he says the work that he finished was based on solid work done at the time. “The unfortunate thing is that although the clock is ticking — you can’t rush your investigation. You want to make sure that you get it right and you get the answer right,” Denlinger says. “In 1971 that was their goal — is to get it right and not cut corners. And because they did things right back then, that preserved enough evidence that we solved it now.”