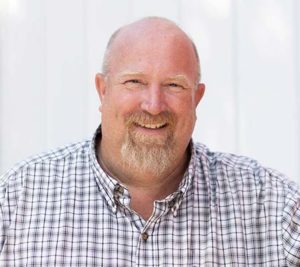 The new president of the Iowa Soybean Association says improving Iowa’s infrastructure is one of his top priorities.

Robb Ewoldt says he’s encouraged to see the infrastructure plan that’s been the subject of so much focus in Washington D.C.

“Infrastructure is a big thing,” Ewoldt says. “Traveling around South America we realized how they’re improving their infrastructure and ours isn’t necessarily improving and pretty soon, they’re going to catch us. We really need to press for better bridges and rail.”

Ewoldt, who farms near Davenport, says explaining agriculture’s message of how producers protect the environment with their sustainable practices is a challenge. “That seems to be a constant battle,” he says. “I live right outside of a pretty good-sized city here and that’s something that we just always have to keep educating those urban people about and let them know what we’re doing and why we’re doing it. When you have those conversations, they understand it and then they kind of come over to your side.”

Ewoldt says one of the federal issues the association is watching carefully is the rewrite by the EPA and the U.S. Army Corps of Engineers of the Waters of the U.S. rules. “We’re keeping an eye on WOTUS,” Ewoldt says. “That initial one during the Obama era, boy, that one cast a wide net over the state of Iowa and we want to make sure we keep control of our lands here in Iowa and not give it up to the Corps of Engineers.”

Ewoldt says another thing they’re monitoring closely is the demand for renewable diesel which could mean an economic boost for soybean growers.